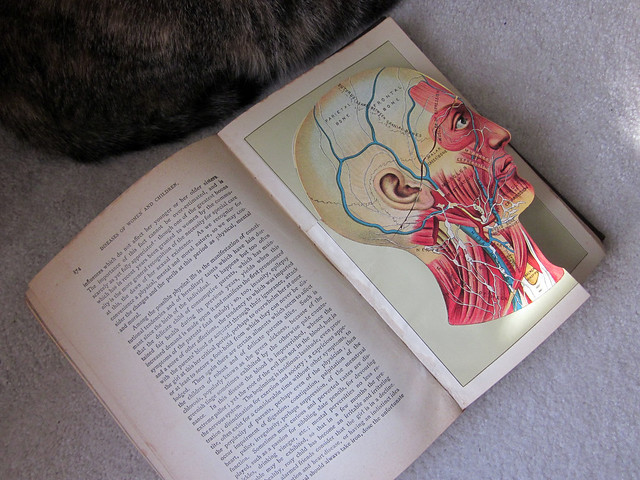 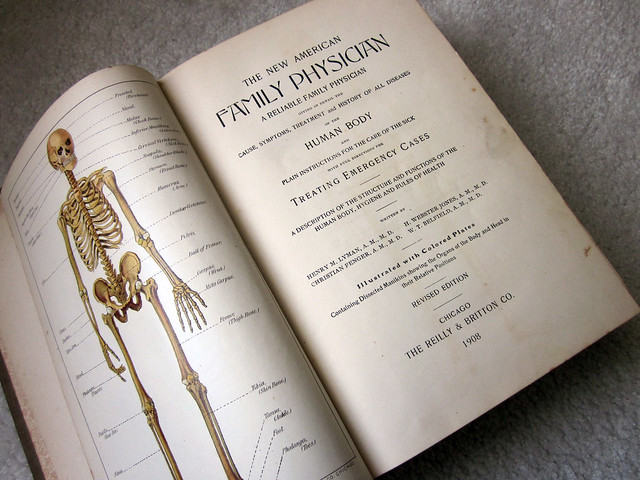 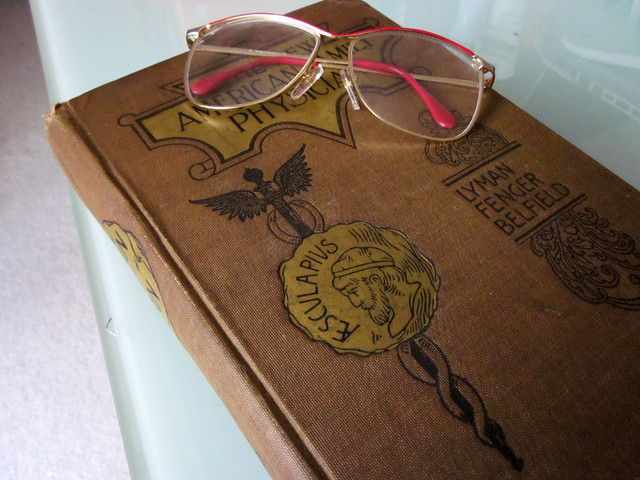 For $1.50, I bought this book from Goodwill, The New American Family Physician, a revised edition published by The Reilly & Britton Co., Chicago in 1908. Yes, 1908, isn’t that amazing. I love the illustrations, the lithograph, the syntax, the antidotes and the anecdotes, this book is unputdownnable. An excerpt from page 551:

Dalton’s defect of vision led him into the commission of some ludicrous mistakes. “First, he was a Quaker and would not wear the sword, which is an indispensable appendage of ordinary court dress. Secondly, the robe of a doctor of civil laws was known to be objectionable on account of its color–scarlet–one forbidden to Quakers. Luckily, it was recollected that Dalton was afflicted with the peculiar color-blindness which bears his name, and that, as the cherries and the leaves of the cherry-tree were to him of the same color, the scarlet gown would present to him no extraordinary appearance. So perfect, indeed, was the color-blindness, that this most modest and simple of men, after having received the doctor’s gown at Oxford, actually wore it for several days in happy unconsciousness of the effect he produced on the street.” When asked what color this gown appeared to him, Dalton pointed to some of the evergreens outside of the window and said that, to his eye, the colors were alike. The lining of the gown, which was pink silk, he could not distinguish from sky blue.