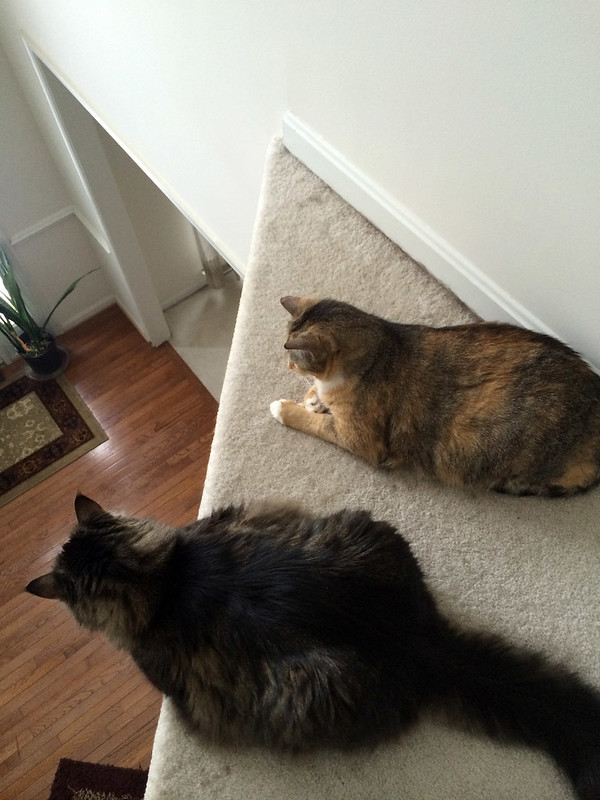 It’s better to be a cat than to be a human.
Not because of their much-noted grace and beauty—
their beauty wins them no added pleasure, grace is
only a cat’s way

of getting without fuss from one place to another—
but because they see things as they are. Cats never mistake a
saucer of milk for a declaration of passion
or the crook of your knees for

a permanent address. Observing two cats on a sunporch,
you might think of them as a pair of Florentine bravoes
awaiting through slitted eyes the least lapse of attention—
then slash! the stiletto

or alternately as a long-married couple, who hardly
notice each other but find it somehow a comfort
sharing the couch, the evening news, the cocoa.
Both these ideas

are wrong. Two cats together are like two strangers
cast up by different storms on the same desert island
who manage to guard, despite the utter absence
of privacy, chocolate,

useful domestic articles, reading material,
their separate solitudes. They would not dream of
telling each other their dreams, or the plots of old movies,
or inventing a bookful

of coconut recipes. Where we would long ago have
frantically shredded our underwear into signal
flags and be dancing obscenely about on the shore in
a desperate frenzy,

they merely shift on their haunches, calm as two stoics
weighing the probable odds of the soul’s immortality,
as if to say, if a ship should happen along we’ll
be rescued. If not, not.