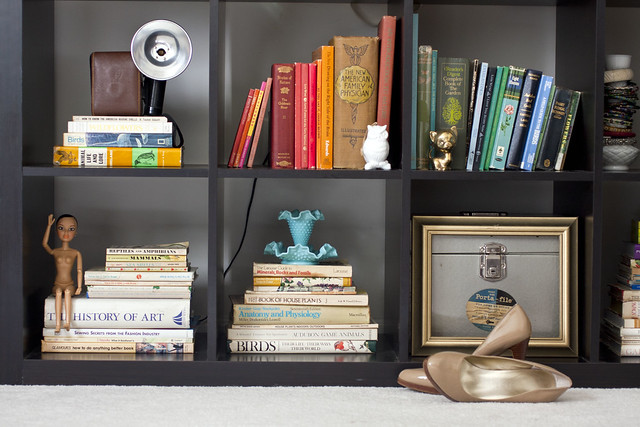 In Ex Libris: Confessions of a Common Reader, Anne Fadiman relates a story:

Some friends of theirs had rented their house for several months to an interior decorator. When they returned, they discovered that their entire library had been reorganized by color and size. Shortly thereafter, the decorator met with a fatal automobile accident. I confess that when this story was told, everyone around the dinner table concurred that justice had been served.